Design a site like this with WordPress.com
Get started
Skip to content
Date: December 27, 2020Author: VibetoneArtBlog 11 Comments

We were both just fresh out of secondary School when we met.

He lived in a street just after mine back then in Asaba,Delta State. We attended same tutorials while preparing for Jamb exam and were in same class cause we were both science students.

Like me,he too was a Catholic and we both attended same church.

We were just friends for a while before he asked me out,back then we’ll go for Jamb tutorials in the morning,then walk from our tutorial center to the state library to read and then by evening time,we will walk home together discussing various topics ranging from academics to entertainment to politics. Just about any topics, debating things and sharing sweet laughs.

I can still remember the day he asked me out;we were going back home from the library, arguing about politics as usual when he went quiet for a while,looked at me and asked

I was overjoyed,I mean I liked him too and had been expecting the question.

“Hmmmm,ok I have heard you. Let me think about it and get back to you later”  I replied

There’s no way I will just say Yes just like that na,I needed to do small shakara .

Anyways the next day,I gave him a positive answer and our relationship started.

It was fun, childish but fun.

We did a lot of reading together,from the state library to the library in our church,we were always together reading.

Some Sundays we attended same mass
Normally I am not a person that likes attending vigils but I did because of him.
We attended that year’s cross over night together, sitting very close to each other and holding hands right there in church.☺️☺️😅

One of the craziest things we did was to make out in public.
Ok ok wait context; it happened early one morning when everywhere was still dark.

We attended a church vigil together the previous night and on coming back in the morning,we stopped in front of my gate to kiss 🤭🤭

We had to stop when other vigil attendees coming that way almost caught us.

Anyways the relationship was going on smoothly until we both gained admission into different schools.

His school’s list came out first. I can still remember how excited he was when he called to tell me, calling me his good luck charm

He got admitted into the University of Nigeria Nsukka to study physiotherapy while I got into Ebonyi state University to study medicine and surgery and that marked the beginning of our problems.

Just before we left for school,the calls and chats reduced  and it was difficult seeing each other.

One day he sent me a message saying he wants us to pause the relationship and chase our dreams.

I called him immediately and he went on and on about how we were about to go to school in different states to study professional courses and how it would be difficult to keep up.

Everything I said to try and convince him to rescind his decision fell on deaf ears.

He then suggested we go back to being just friends which I refused and he ended the call. We stopped talking to each other.

The next couple of days was hell for me as I would lock myself indoors just to cry.
Seeing him post on his WhatsApp status reminded me of just how much I missed him.
Whenever I thought of him and the times we spent together,I would feel a physical pain in my chest and I was always thinking about him especially when I was alone.

I started reading articles online on how to get over heartbreak but it wasn’t working.😅😅

At some point I told my elder sister what was going on and she encouraged me not to worry much that I will someone even better in school.

She suggested I delete his number but I just couldn’t bring myself to do that.

One peaceful evening some months later,my phone rang.
The caller ID showed that it was him calling and it hit me,I had totally forgotten about him.

We talked for a while with him talking about how we never ended the relationship,only paused it😅😅😅

Looking back now I think the break up was the right thing at the time cause there was no way it could have worked out.

Now,we are back to being friends.

Help Our Ministry By Sharing This..

11 thoughts on “My first heartbreak” 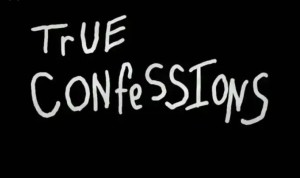 For enquires, article submissions or to be a part of our #TRUE CONFESSIONS SERIES,send us an email at vibetoneartblog@gmail.com

Vibetone;Your best hub for funny and interesting stories and articles.